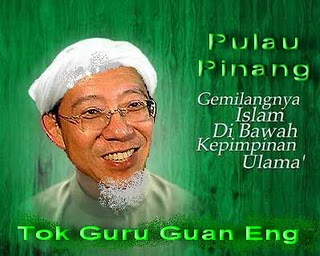 He said an open tender system was not offered for the project as the state government wanted a reputable company to take charge.

“The company has to be public-listed, so there is some sort of guarantee,” he said when asked why there was no open tender for the project.

Lim said REDtone International Bhd was willing to provide and maintain 750 free WiFi hotspots in public areas in the state without any funding from the state government under the first phase.

“Under phase two, the state government is paying RM8.49mil to install 750 free WiFi hotspots over the next five years in Penang,” he said after launching the Penang for Japan Disaster Relief Charity Drive at Straits Quay in Tanjong Tokong yesterday.
By taipingmali at Mac 28, 2011