Ambang Merdeka: Will There Be Riot Tonight? 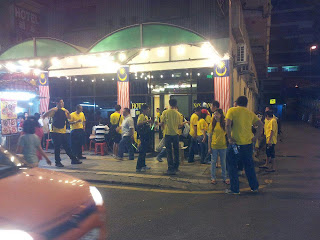 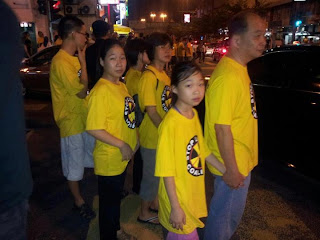 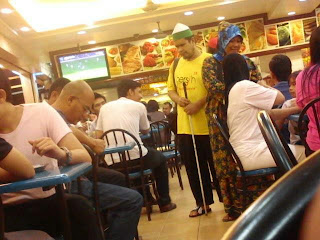 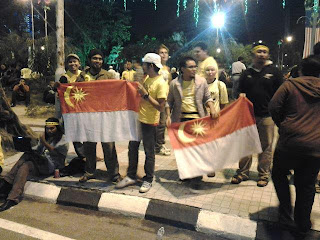 Rakyat would definitely be going out with family and friends to celebrate the eve of our 55th National Independence.

Meanwhile, with only a few hours left until midnight, a few of us cannot help but to ask what would happen tonight.

This is because as we are all aware of, our focus tonight would not just be on the celebration, there is also this political program which will be organized by NGOs backed by the opposition.

The hosting of the event is related to individuals who have been running BERSIH, an organization which had triggered street riots around Kuala Lumpur on July 9, 2011 and April 28, 2012.

Previously, they rallied on the name of NGO BERSIH, but things are different this time around, they will not be using NGO platform openly but they are still the very same people/.

Looking at the background and dark past of those who were involved in this 'Janji Bersih Assembly', many are wondering on whether tonight would still end up like the chaos which happened during the previous Bersih 3.0.

If back then the same organizer failed to fulfil their promise to ensure that everything runs peacefully, how can they guarantee that the same thing would not happen tonight?

Just because they failed to control their supporters, added with provocation speeches made by their leader who intentionally ordered supporters to go against the security team, the effects were bad where many were injured, public properties worth millions had to be covered by the government etc.

We hope that these supporters in yellow can learn to keep their promise to obey the law and not to break orders made by authorities.

Not many Malaysians are willing to trust those who break their promises where they even fail to control their own supporters who created chaos which only harms the country.

With such bad records, it would be hard for us not to be worried if this auspicious night would turn to a political rally which could be a threat to the public.
By taipingmali at Ogos 30, 2012