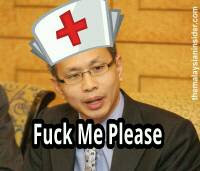 PAS's research head has called for the sacking of Defence minister Ahmad Zahid Hamidi from his cabinet post, saying the latter attempted to shift blame to suppliers following revelation that his ministry had been paying some half-a-million ringgit more for every unit of the army's Rapid Intervention Vehicle (RIV).
"On the verge of a critical General Election, the irresponsible action of a minister like Zahid Hamidi is fast turningto be construed as an act of subversion to his boss," said Dzulkefly Ahmad, while describing prime minister Najib Razak's political and economicr reforms as "a mockery of sort".
Dzulkefly, who alongside DAP's Tony Pua and PKR's Saifuddin Nasution met Zahid and other Defence ministry officials in January to suggest a check and balance in army expenditure in the form of a parliamentary oversight committee, slammed the minister for his "pretension" and called for him to be given the boot.
"His ignorance is very baffling and appalling at best and his pretension is very hypocritical indeed. He needs no reminder that the buck stops at him. He must be fired before his boss gets to be ousted by the electorates," said Dzulkefly, in response to a statement by Zahid who pledged to probe a claim by the Sultan of Johor earlier this month that the RIV cost RM540,000 cheaper than the price being paid by the government currently.
Sultan Ibrahim Ismail, who bought a unit of RIV for the Special Forces Regiment, had also expressed disappointment that low-quality military equipment had been purchased at exorbitant prices. Zahid later said his ministry would probe the price difference including whether it was due to specification differences, and suggested that court action would be taken against suppliers.
"Is he now admitting the fact that he had totally relied on this one supplier for all information regarding the Rapid Intervention Vehicle (RIV), including its price tag? Was it again a case of procurement not done through an open tender ie it escaped comparison of prices and specifications?" asked Dzulkefly.
He recalled other recent controversial and expensive purchases including the purchase of 30 Eurofighter Typhoon jets, six naval patrol boats, the two Scorpene submarines from France, 18 Sukhoi jetfighters, 12 Eurocopters helicopters and 38 units of EMUs.
Dzulkefly said the government had yet to give details for the big price difference in the procurement of littoral combat ships, in which acquisition cost was RM7.55 billion against the base system of only RM1.7 billion.
"Although national security is a serious issue, Malaysians are beginning to insist that the defense ministry be transparent and accountable on procurements that run into billions of ringgit. Pakatan is not going to be listening to ‘sweet talk’ of ministers anymore if it doesn’t end in serious action in term of improving good governance – transparency and accountability," stressed the Kuala Selangor member of parliament.
-Harakahdaily