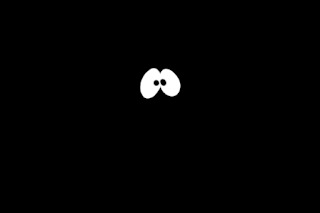 The disputed results on April 16 will form the spine of a presentation to be made by Sarawak Report (SR) and other observers of the recently concluded 10th Sarawak election.

According to SR blogger Clare Rewcastle Brown, “we will tell exactly what happened (in Sarawak)”.

Citing Senadin, she said PKR was leading by 1,000 odd-votes during the last ballot counting in Miri City Stadium when suddenly a blackout “conveniently occurred”.

The blackout, she said, lasted an hour during which time the Election Commission (EC) continued counting.

“Suddenly they brought in ‘postal’ votes at an illegally late hour and SUPP was declared ‘winners’ with a slim 58-vote majority.

“The EC also announced 158 spoiled votes favouring PKR. The commission refused a recount despite the fact that there was a clear case for it,” she said.

Brown added that the Senadin incident was only one example that SR was planning to present to the UN.

She said SR’s report to the UN would include the “mass disenfranchisement of much of the population in the interior”.

This, she said, enabled Taib to operate a “rotten borough system” where seats are decided by just a tiny number of people whom he can pressure and influence.

“There is also the illegal touting of projects and votes by Barisan Nasional politicians, including the prime minister, in the run-up to the election.

“These are used as a direct bribe and form of blackmail. They tell the voters that they will not get the projects and worse, may be discriminated against in the provision of basic amenities if they do not vote BN, ” she said in her posting on SR.

On postal votes, she said this was another issue which would be made known to the UN.

“We will also tell them about the practice of doubling up by sending in postal votes by the army and then bringing in plane loads of the same soldiers to vote in person as well and the introduction of suspicious last-minute ‘postal votes’ in order to try and boost BN’s tallies far later than legally allowed.”

The other areas that the report will highlihgt include the use of gangsters to intimidate and turn away voters from the polling stations, the abuses by the EC which included switching voters’ polling stations away from their home areas to distant places they cannot get to and hiding ballot boxes.

The UN will also hear of the tampering of Form 14, cutting off mobile phone networks on polling day as well as the “naked bribery by BN” of poor voters on the eve of the election.

Brown said the scale of these bribes went sky high at this election and was indicative of how unpopular BN is. BN secured 55 seats against the opposition’s 16 in the April 16 polls.
By taipingmali at April 21, 2011