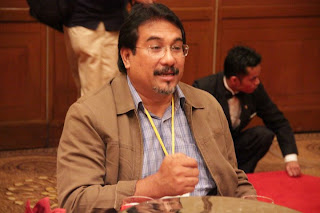 Malays are also migrating in hope of landing better jobs abroad as they are being discriminated against by Malaysia’s private sector, says rights group Perkasa.
The Malay rights group said the issue of brain drain was not limited to non-Malays, accusing the private sector of having “racist” policies in hiring employees.

“The Malays are leaving the country in droves because they cannot obtain places within the private sector, only the government sector... the private sector chooses employees based on skin colour, and they favour their own race compared to Malays,” Perkasa secretary-general Syed Hassan Syed Ali told The Malaysian Insider.

He disputed the findings of a World Bank report published on Thursday which stated that the main factors causing brain drain in Malaysia were policies favouring the Malays.

“Malays are leaving, they are going to the United Kingdom, Dubai for better prospects... why? Because they can’t even get job opportunities despite being qualified,” Syed Hassan told The Malaysian Insider.

The Perkasa leader claimed pro-Bumiputera economic policies were not the reason non-Malays were leaving the country.

“The Chinese, the Indians, they like to leave the country, they are used to leaving their country for better job opportunities.

“They are leaving because they want better pay in foreign countries... it is not because of discriminatory policies... they have everything they want here, what are they complaining for?” said the Perkasa secretary-general.

In a Bloomberg news service report, World Bank senior economist Philip Schellekens was quoted as saying that foreign investment could be five times the current levels if the country had Singapore’s talent base.

“Migration is very much an ethnic phenomenon in Malaysia, mostly Chinese but also Indian,” Schellekens told Bloomberg in Kuala Lumpur on Tuesday.

Governance issues and lack of meritocracy are “fundamental constraints” to Malaysia’s expansion because “competition is what drives innovation,” he said.

Malaysia’s growth fell to an average 4.6 per cent a year in the past decade, from 7.2 per cent the previous period.

Singapore, which was expelled from Malaysia in 1965, expanded 5.7 per cent in the past decade and has attracted more than half of its neighbour’s overseas citizens, according to the World Bank. Malaysia has in recent years unveiled plans to improve skills and attract higher value-added industries.

The World Bank conducted an online survey in February of 200 Malaysians living abroad in conjunction with the Kennedy School of Government at Harvard University.

They cited better career prospects, social injustice and higher wages as their main reasons for leaving, the Washington-based lender said in the Bloomberg report.
By taipingmali at Mei 06, 2011